Line drawn in the sand

"Now in front of recent events but in lieu of the desired response expected by the perpetrators for such acts we response as follows. Rattler Publishing nor its subsidiaries will not relinquished or turn back from our global quest of building a melanated nation with empowered people of colour only; we will continue our course and never be deterred from our purpose. We do not bow to acts of intimidation conducted by any terrorist regime regardless of the flag they fly or the ideology that gives justification for the terrorist actions laced with the sole intent of the destruction of the original people.
Rattler Publishing stands firm and refuses to change it course. We will continue with unmatched vehemence and determination at building a global melanated community and connecting melanated nations under the by us for only us philosophies. We will use any tactic political or other wise necessary to seek and destroy those who seek to destroy us. We never forgive nor do we forget the act of the past and those that will occur in the future.
Be warned we are not afraid of the shadows that creep the night and any action or aggression toward us and or our intentions, be it political or other wise will be viewed as hostile and will be address as it is written in our constitution and our by laws adopted by the council of Melanated Nations that establishes us as a nation of melanated people, as an act of war."

David and Nasrene recently purposed revisiting The Story Teller's Lair which was a way of promoting melanated underground artist, started by David years ago while living in Memphis TN. After a launch of Melanated Community Radio the idea was advertised, but never to be defeated David and Nasrene is now broadening the scoop and not to one person but in keeping with the agreement between Rattler Publishing and Gemini, The Story Teller's Lair will be open to all melanated people from all cultures. The operations of the Story Teller hasn't been presented at this time but I'm sure will be discussed in the Saturday meeting.
If they keep to the same format as the original layout, the program will be open to melanated people of culture to share stories and fables that relate to specific topics related to their own cultures, but what is not clear is how they are not looking for a specific person to read the the stories, which leads me to believe they will either open it up to ordinary people to read their own stories.
By Anujia at 6/22/2018 02:24:00 PM No comments:

This morning David after a meeting with Tammi and myself expressed it would be better if the MCR store also falls under the building economic empowerment policy of MCR. The announcement was made throughout the global community to close the MCR Store temporarily until regional suppliers cane be found.
MCR_Caribbean will only sale product in the Caribbean which would be considered income for MCR-Caribbean. Rattler Publishing and Gemini both agreed that all monies made from MCR-Caribbean shall remain in the Caribbean.
But this is unclear if this will be the standard or will the two companies (Rattler Publishing and Gemini) impose a percentage of sales from other regions as they come on line. They would be well within policy to impose a percentage for MCR-US, but due to currency exchange rates percentages from other countries could prove to be not worth it.
The MCR-Store is officially closed to the general public at this time
By Anujia at 6/12/2018 09:07:00 PM No comments:

The Agenda of the Global Community

Congratulations on the New Program

This afternoon Rattler Publishing and Gemini approved the new program Our Melanated World. The program is set to launch in the near future. Date and Time (TBA). The program will be a live program in the virtual studio, listeners will be able to call in when the lines are open and also direct and general chat will be available on the website.
Again Congrads on the new program and we'll all be glued to the station. 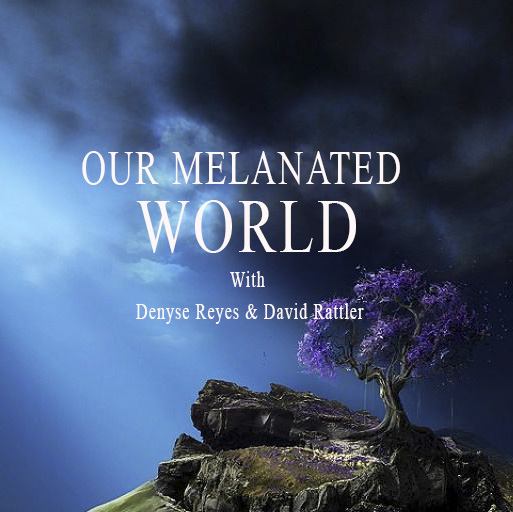 Inside the Saturday Meeting

Nasrene and Ursula brought the new project to the floor of the Rattler Publishing Conference room. The project centers around the E-learning center and boosting ratings for MCR. In the plan Ursula purposed tightening the secure of the center which could call for a reduction of staff at Global Support. She also purposes the host agreement and the schedule forms be rewritten to accommodate this new direction.
Continue to build the learning center with a operations date in mid-August or early September, but no later than first week in October. Transform MCR-Caribbean into a central location for all things Caribbean. If it comes our the Caribbean it must come through MCR-Caribbean before Rattler Publishing will approve the application. Reduce staff at global support. Open only 40hrs per week, closed weekends. This will put MCR in direct alignment and on course with the next evolution of its journey. Secure the upcoming station and expand in the Caribbean. Explore fertile grounds on the African Continent which would secure MCR's quest of global unity.
But Ursula as well as all of us are aware that exploration of Africa can prove to be difficult despite the language barrier we also has to deal with perspectives on how Africans view descendants of Africans still enslaved on the Continent of America.
Rattler Publishing is planning a weekly live show in the virtual studio for later this summer. although it may look like an attempt to boot MCR ratings, this is farther from the truth, MCR ratings did drop because of the stream change, but has sturdy risen since third party plugin like tunin have been updated. MCR continues to break new ground in different markets despite previous loses and set backs and Rattler Publishing predicts it'll continue to rise to it cruising altitude.

2020 on the Rattler Publishing Floor

This Saturday meeting brought MCR too the next evolutionary phase of it's existence. The command staff is tightening the policy of oper...

Welcome to the Dawn